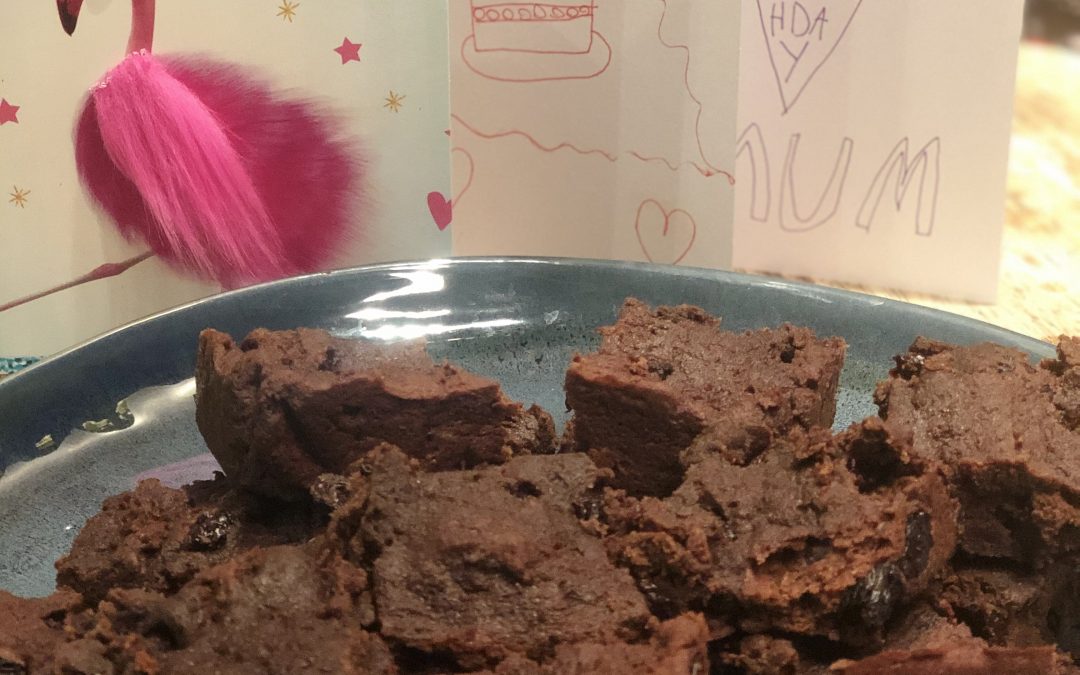 I love chocolate brownies, they are so delicious.  I love the gooey-ness of brownies, but traditional recipes are a big no-no for anyone on a healing elimination diet.  Not only are they high in sugar, but they also contains multiple ingredients that are excluded.  Namely: gluten & grains in general, eggs, dairy.  These paleo vegan chocolate brownies are quite different, but you get the dense texture that you don’t get with cake.  They are also AIP (autoimmune protocol). I have give several possible adaptations, if or when you are successful with some reintroductions.

The secret ingredient to these paleo vegan chocolate brownies

There is a secret ingredient, to achieve the density and gooey-ness needed for brownies.  It is the humble sweet potato!  But as with all my recipes, they are so easy to make.  Other than steaming the sweet potatoes (which can be done the day before), they take less than 10 mins to make and between 40 and 50 mins to bake.

I used to peel my sweet potatoes, but the other day, I kept the skin on.  You wouldn’t have known the difference.  And actually, it’s a double bonus: it saves it AND adds nutrients.  The skin of fruits and vegetables is high in fibre and rich in nutrients, so apart from the obvious, like bananas, citrus fruits or avocados, try and keep it on!

The first time I made this cake, I didn’t add anything to them, it was just batter.  It was delicious, still the texture was very smooth.  But brownies usually contain nuts.  Which are a no on AIP, until they are reintroduced.  So I added dried sour cherries the second time I made this cake and it has elevated the cake to new levels of deliciousness.  I love the contrast between the sweetness (but not too sweet) of the cake and the sourness of the cherries.

What flour to use for AIP cakes?

A lot of people use coconut flour.  I have never really like the cakes I’ve baked with it, as I have found them quite dry.

That was until I discovered tigernut flour.  This is not readily available in standard health stores (yet), so I buy it online.  I would recommend you try with 1kg to see if you like it and if you do, you can then buy in bigger quantities.  I get mine from Real Food Source, but there are quite a few companies out there that sell good quality tigernut flour.

Despite the name, tigernut is not a nut, but it is a small root vegetable.  It is has a slight sweet flavour, which also means you can reduce the amount of sweetener.  It is also wonderful, as it is high in fibre and in protein.  It can be a little gritty to the teeth, so I like to mix it with a bit of arrowroot flour.

What about Carob powder?

I mention Carob powder earlier.  During the elimination phase of AIP, cacao is eliminated, as this is a seed.  (Although the good news it is often successfully reintroduced quite early on!).  Carob powder comes from the pods of the fruits of the carob tree.  It grows in Greece, Spain and Portugal.  And funnily enough, when I was on holiday in Portugal, there were no chocolate cakes, but plentiful carob cakes!  This article is a great summary on what carob is and its health benefits.  Also, Kate from Healing Family Eats has some wonderful recipes using carob, including how to make “chocolate bars“.

What I love about these paleo vegan chocolate brownies is that they are totally delicious, yet don’t have the decadence of their brothers using traditional ingredients.  Who said you couldn’t eat cake on an elimination healing diet? 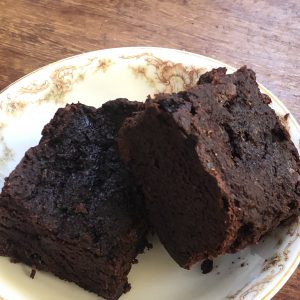